A July 20, 2004 Reuters article published by CNN reported, in part:

“Alarmed by reports that marijuana is becoming more potent than ever and that children are trying it at younger and younger ages, U.S. officials are changing their drug policies. 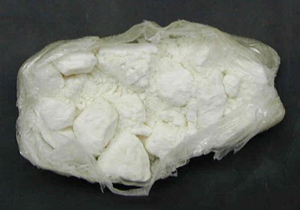 cocaine or even heroin because so many more people use it. So officials at the National Institutes of Health [NIH] and at the White House are hoping to shift some of the focus in research and enforcement from ‘hard’ drugs such as cocaine and heroin to marijuana.

While drug use overall is falling among children and teenagers, the officials worry that the children who are trying pot are doing so at ever-younger ages, when their brains and bodies are vulnerable to dangerous side effects.

‘Most people have been led to believe that marijuana is a soft drug, not a drug that causes serious problems,’ John Walters, head of the White House Office of National Drug Control Policy [ONDCP], said in an interview.

‘(But) marijuana today is a much more serious problem than the vast majority of Americans understand. If you told people that one in five of 12- to 17-year-olds who ever used marijuana in their lives need treatment, I don’t think people would remotely understand it.’

The number of children and teenagers in treatment for marijuana dependence and abuse has jumped 142 percent since 1992, the National Center on Addiction and Substance Abuse at Columbia University reported in April.

According to the report, children and teenagers are three times more likely to be in treatment for marijuana abuse than for alcohol, and six times likelier to be in treatment for marijuana than for all other illegal drugs combined. And it found the age of youths using marijuana is falling. The teenagers aged 12 to 17 said on average they started trying marijuana at 13 1/2. The same survey found that adults aged 18 to 25 had first tried it at 16.”

The article noted the following disagreement:

“Proponents of legalizing marijuana disagree with the official line. Krissy Oechslin of the Marijuana Policy Project disputes the finding that cannabis products are stronger.

‘They make it sound like the THC levels in marijuana were almost nonexistent, but no one would have smoked it then if that was true,’ she said.

‘And there’s evidence that the stronger the THC, the less of it a person smokes. I don’t want to say it’s good for you, but I’ll say (more potent marijuana) is less bad for you.’

“For National Institute on Drug Abuse (NIDA) director Dr. Nora Volkow the final straw was a report her institute published in May in the Journal of the American Medical Association showing the steady growth in the potency of cannabis seized in raids.

According to the University of Mississippi’s Marijuana Potency Project, average levels of THC, the active ingredient in marijuana, rose steadily from 3.5 percent in 1988 to more than 7 percent in 2003.

Volkow said many studies have shown the brain has its own so-called endogenous cannabinoids. These molecules are similar in structure to the active ingredients in marijuana and are involved in a range of activities and emotions ranging from eye function to pain regulation and anxiety. Brain cells have receptors -- molecular doorways -- designed specifically to interact with these cannabinoids.

The cannabinoids in marijuana may use these ready-made doorways into brain cells and this is why they cause a high and reduce pain sensations. But Volkow believes the effects may go beyond the general feeling of well-being that most marijuana users seek.

‘I would predict that stronger pot makes the brain less likely to respond to endogenous cannabinoids,’ Volkow said in an interview. The effects could be especially marked in young brains still growing and learning how to respond to stimuli, she said.

While the research so far is inconclusive, Volkow believes that cannabinoids affect the developing brain and that stronger pot, combined with earlier use, could make children and teenagers anxious, unmotivated or perhaps even psychotic.

As an analogy, Volkow said opiate addicts are more sensitive to pain, as their overuse of drugs have raised the threshold at which the body responds and their own bodies produce fewer natural opiates.

NIDA is seeking proposals from researchers who want to investigate such possibilities for cannabis, she said.

While Walters stresses that drug abusers are patients and not criminals, he hopes to crack down more on producers. And he says, there is a way to go in getting cooperation from local law enforcement officials. ‘For many in enforcement, marijuana is still ‘kiddie dope’,’ Walters said.

He is quick to stress he does not want to overreact.

‘We shouldn’t be victims of reefer madness,’ he said, referring to the 1930s propaganda film ‘Reefer Madness’ that became a 1970s cult classic for its over-the-top scenes of marijuana turning teenagers into homicidal maniacs.”
July 20, 2004 CNN & Reuters